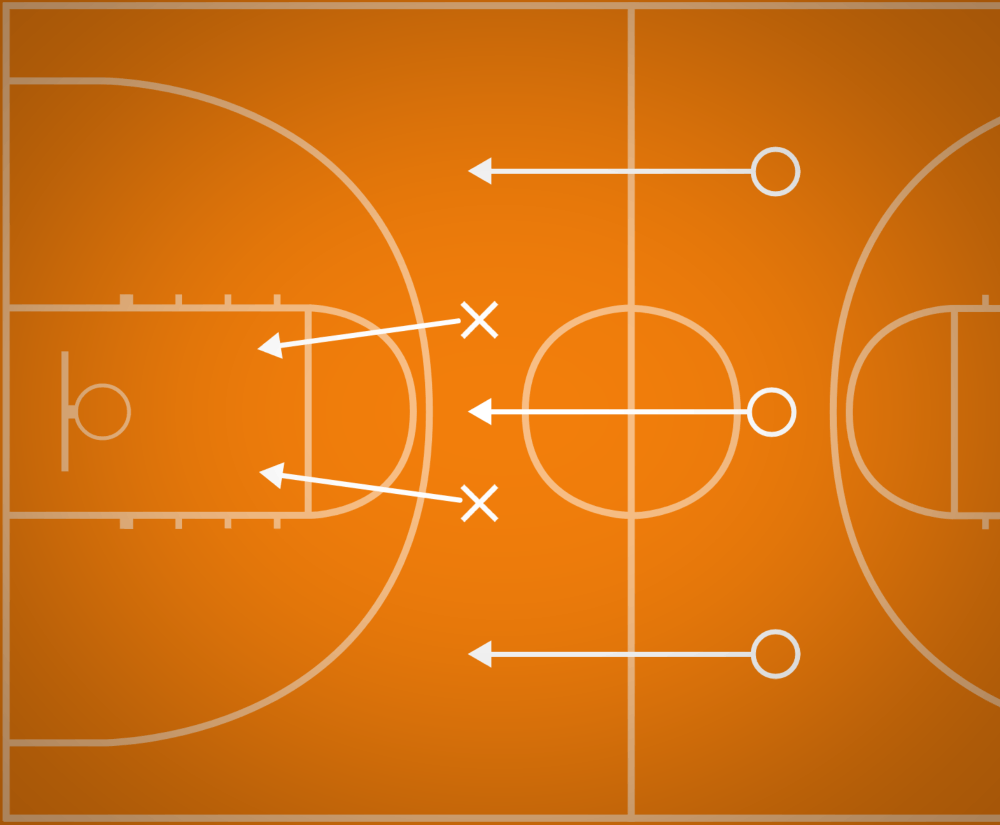 Once the ball is in play, it turns into a 3 on 2 fast break situation with the offense outnumbering the defense. The players then compete to see which team will score the bucket or get the defensive stop.

The first objective for the defense needs to be for one of the players to stop the ball so that they don’t give up an easy bucket. The other defender then tries to make it difficult for their to be an easy pass. The more obstacles that the defense can put in the way, the more likely they are to force the offense to make a mistake a miss out on capitalizing on their advantageous situation.

The offense, on the other hand, has the numbers advantage so should be able to get a bucket the vast majority of the time if they facilitate the ball with good teamwork until they get the ball in the hands of somwone who can make a relatively uncontested layup.