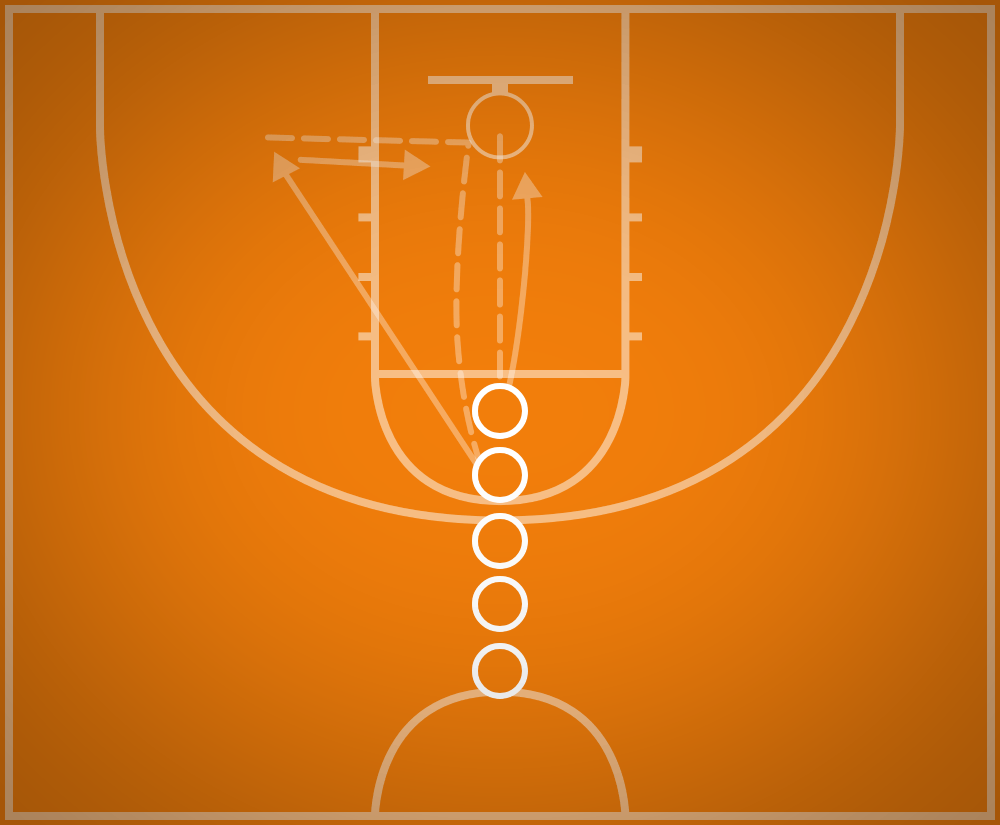 You need two balls to play Knockout. Everybody lines up in a straight line with the first player in line standing at the free throw line. The first two players in line hold the basketballs.

Knockout is a popular game among basketball enthusiasts to incorporate any number of players across many different sill levels. The every man for himself game ends up including many basketball fundamentals into one single fast paced competition.

The first player in line begins the game by shooting a free throw. If your shot misses, then you have to go get your rebound as quickly as possible and keep shooting your ball until it goes in the hoop.

Once you make your shot, you then retrieve the ball and pass it to the next person in line waiting for a ball.

The second person in line is allowed to shot his ball as soon as the player before him has released his shot. If the player behind the active shooter makes his shot before the guy in front of him then he “Knocks Out” the guy in front of him meaning that he is knocked out of the game and the players reset for the next round, handing the two basketballs to the first two players up in line.

The game continues round after round, knocking out one person per round until there is only one player remaining. The last remaining player becomes the overall winner.