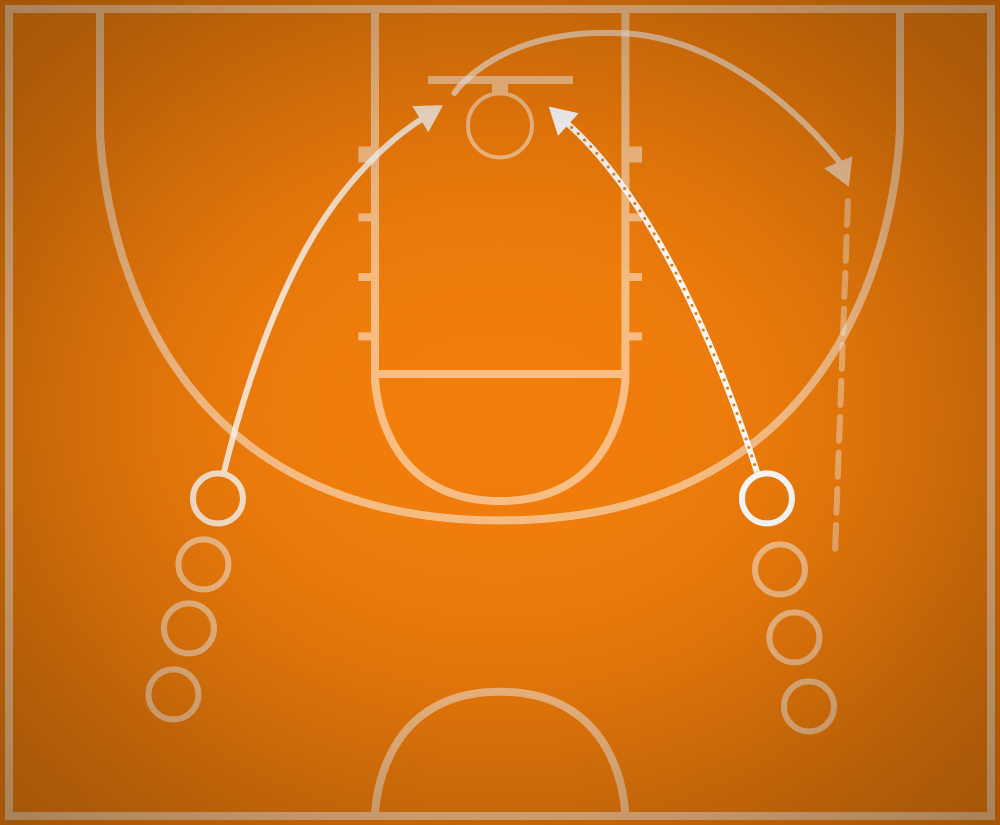 The Layup Lines drill consists of two lines of player lined up out on each side of the three point arc.

Used as a great warmup drill, Layup Lines, allows teams to rapidly rotate players through the drill in order to get as many practice layups during the time allotted as possible.

You will see this classic drill during the pregame of almost every single high school, college, or even professional basketball game. It is a great way to get players blood flowing as they practice layups to get in a good frame of mind for the practice of the game.

The first player on the right side of the court starts with a simple layup towards the hoop. The first player on the left side of the court will receive the rebound under the goal. The second player in the right line, begins his approach as soon as the guy in front of him releases his layup. The rebounder will loop around the player performing the layup and pass it to the next guy in line who does not have a ball.

An elegant orchestra of movement allows this drill to flow efficiently when everybody is tuned into the timing of their role.

Two balls are used at once in the drill with the third player receiving the pass from the first rebounder before he begins his break for the goal. Balls will switch to the left line for left handed layups when enough right handed layups have been performed.