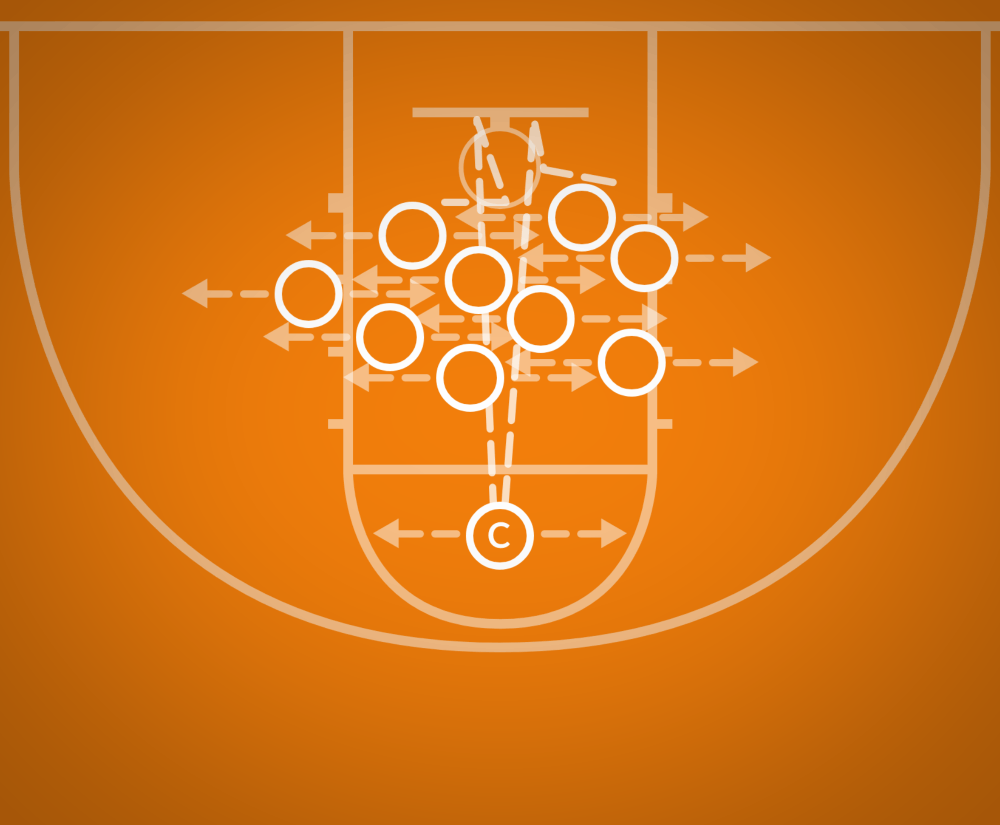 All the players on the team gather in a cluster in the middle of the lane facing the coach who is standing at the top of the key facing the players. Each player spreads out at least arm distance away from all the other players. Additionally, every player should be in an athletic stance with their feet parallel to the coach. The coach should hold one or two balls in his hands throughout the course of the drill.

Players need to learn how to move quickly horizontally on the court. This shuffle drill trains your players how to move laterally with speed and change directions swiftly while maintaining a good athletic position. To cap the drill off, there will be multiple opportunity for players to flip their hips and go for a rebound.

The coach demonstrates how to shuffle properly by getting in a good athletic stance. The coach then points in one direction, either left or right, and begins shuffling in that direction.

The players then follow suit and mirror their coach’s movements as they begin to shuffle in the same direction as the coach.

The coach then quickly points in the other direction and changes the lateral direction of the shuffle.

The drill is capped off when the coach yells “Rebound!” and shoots basketball(s) that he is holding towards the rim and the players then turn towards the hoop and fight for the rebound.